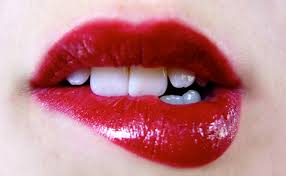 I’ve asked the same question to a friend of mine, she’s a psychologist, and she told me that it’s both exhibitionism and lack of self-esteem, most probably the latter leads to the former; they’re looking for validation and feel that exposing themselves in different states of “revealing” is the quickest way to validation, it’s surely quicker than obtaining validation through actual achievements, or well thought posts.

Personally, I believe it’s a sign of lack of self-esteem and, as for this particular point, I think it would be impossible to set a general rule, the lack of said self-esteem can stem from multiple reasons, it’s a strictly personal matter, but I think it’s safe to say those people might have a “hole” in their life, in their personality, and they think they’re filling it with likes, comments and followers.

I think. Because it’s very hard for me to put myself in their shoes, I really can’t see why they feel the need to be the object of the sexual desire of some perfect stranger somewhere in the world, or how this could possibly bring them happiness, I think it may temporarily anaesthetize the problem, until the next time, but it won’t fill that “hole”.

I also think that this shameless behaviour is extremely dangerous.

First because saving a picture off Facebook and Instagram is only a few clicks away, so is sharing it somewhere else, maybe with name, surname and contact information.

Would you, as an employer , want someone who engages in this behaviour as a part of your organization?

Would you, as the head maybe of a charity or a political party, want this person as a representative for your cause?

Would you date a person whose intimate parts are so shamelessly exposed on the Internet? Even if they are old pictures, can the past, especially when it’s so public, haunt you and taint your current relationship? We may find many of these pictures innocent enough, as long as they’re not our partner’s pictures.

It can seem fun when you’re in your early 20s, but will it feel as fun when you will be in your 30s? Will they find it “cool”, as adults, finding their old sexy pictures plastered all over the Internet for strangers to consume them? What’s your thoughts?