The Fate Of Our Body ~ Billy Caputo 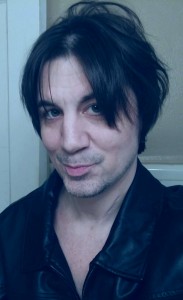 The human body is constantly undergoing a process of decay and of reconstruction. First builded into the etheric form in the womb of the mother, it is built up continually by the insetting of fresh materials. With every moment tiny molecules are passing away from it; with every moment tiny molecules are streaming into it. The outgoing stream is scattered over the environment, and helps to rebuild bodies of all kinds in the mineral, vegetable, animal, and human kingdoms, the physical basis of all these being one and the same.

The idea that the human tabernacle is built by countless lives, just in the same way as the rocky crust of our Earth was, has nothing repulsive in it for the true mystic…. Science teaches us that the living as well as the dead organism of both man and animal are swarming with bacteria of a hundred various kinds; that from without we are threatened with the invasion of microbes with every breath we draw, and from within by robes, ærobes, anærobes, and what not. But Science never yet went so far as to assert with the Occult Doctrine that our bodies, as well as those of animals, plants, and stones, are themselves altogether built up of such beings, which, except larger species, no microscope can detect. So far as regards the purely animal and material portion of man, Science is on its way to discoveries that will go far towards corroborating this theory. Chemistry and physiology are the two great magicians of the future, who are destined to open the eyes of mankind to the great physical truths. With every day, the identity between the animal and physical man, between the plant and man, and even between the reptile and its nest, the rock, and man, is more and more clearly shown. The physical and chemical constituents of all being found to be identical, chemical Science may well say that there is no difference between the matter which composes the ox and that which forms man. But the Occult Doctrine is far more explicit. It says: Not only the chemical compounds are the same, but the same infinitesimal invisible lives compose the atoms of the bodies of the mountain and the daisy, of man and the ant, of the elephant, and of the tree which shelters him from the sun. Each particle—whether you call it organic or inorganic—is a life.