Psychic Predictions For 2018….A Must Read ~ Billy Caputo 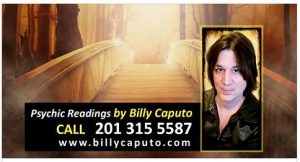 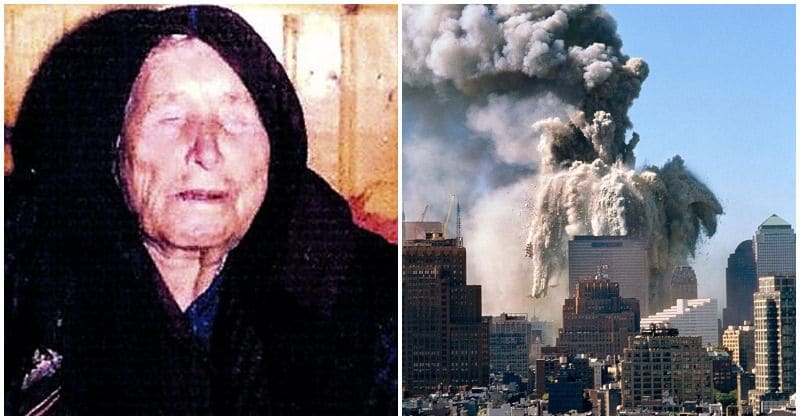 Baba Vanga became infamous in her lifetime for accurately predicting some major world events and catastrophes. However, before her death, she made predictions for the centuries to come. Will they come to fruition?

Baba Vanga is a Bulgarian mystic who died in 1996 aged 85 and gained infamy around the world for correctly predicting the 9/11 terror attacks and the Brexit, as well as a host of other events. Dubbed as the ‘Nostradamus of the Balkans,’ she has also forecast two major events for the upcoming year.

Vanga mysteriously went blind during a massive storm when she was just 12-years-old and has always claimed to have supernatural abilities that allowed her to see centuries into the future. Her devout supporters say she had the ability to foresee natural disasters, as well as other major events, and claim she has predicted the future all the way up to the 51st century, where she claims the world will meet its end.

While 2017 has been a tumultuous year, 2018 is set to be even more so, according to Vanga. Her predictions suggest that China will finally overtake the US to become the world’s next ‘superpower,’ and that a new form of energy will be discovered on Venus. As far as the early signs go, they make a good reading concerning her predictions.

Nearly half a century ago, in 1970, China was still coming to grips after the great Chinese Famine resulted in the deaths of tens of millions of its people. It showed on its economic output, with the country responsible for around 4.1% of the world’s total economy. Its meteoric economic growth in the past decade was reflected in the same statistic in 2015: China was now responsible for 15.6% of the world’s economy.

In the same vein, the US’s contribution has been constant, if unimpressive. According to Forbes, that figure for the US is expected to decrease from 16.7% to 14.9% in 2025. While China’s status as the ‘next superpower’ most definitely will not be cemented in the upcoming year, the current trend should see it happen in the next decade at the very least.

Vanga’s other prediction that we will find an alternative source of fuel on Venus doesn’t look as if it will come to fruition either, with no country is currently planning a mission to Venus. The Parker Solar Probe, named after solar astrophysicist Eugene Parker, is scheduled to launch in July 2018 and will be used to study the outer Corona of the Sun. It will not be landing on Venus but will use the planet’s gravitational forces in assisting it to pass around the star.

Vanga was born as Vangeliya Pandeva Dimitrova and spent most of her life in the Rupite area in the Kozhuh mountains in Bulgaria. She rose to popularity during World War II and was visited by several dignitaries and movie stars in the following years. Her long list of successful predictions includes the foretelling of the break-up of the Soviet Union, the Chernobyl disaster, the date of Josef Stalin’s death, the tensions with North Korea, and many more.

In 1989, she predicted what many interpret as the 9/11 terror attacks, saying: “Horror, horror! The American brothers will fall after being attacked by the steel birds. The wolves will be howling in a bush, and innocent blood will be gushing.”

Some sources also claim that she correctly predicted that the 44th President of the United States would be African American. She also reportedly said that he would be the last one before being succeeded by someone with a ‘messianic personality,’ with many believing that this refers to Donald Trump.

Some of her other predictions include:

The melting of the ice caps: Vanga claimed that all the polar ice caps on the planet will melt between 2033 and 2045, causing the ocean levels to rise, and flooding low-lying regions around the world. She also strangely predicted that this would be the time of great economic growth.

Mars attack: Vanga predicts that between 2170 and 2256, a Mars colony will become a nuclear power and demand independence from Earth, leading to a terrible war. Back on Earth, an underwater city will complete its construction and something ‘terrible’ will be found in our search for extraterrestrial life.

Immortality: She says that between the years of 4302 and 4674, humans will have achieved immortality and will have assimilated with aliens. She also said that the 340-odd billion people scattered throughout the universe will be capable of talking to God.

Time Travel: Vanga says that humans will have perfected time travel between 2262 and 2304.

The end of the world: Vanga predicts that from 2341, a series of natural and man-made disasters will make the planet uninhabitable but that humans will be technologically advanced enough to escape the planet.

Vanga reportedly predicted her own death, dreaming that she would die on August 11 and be buried on August 13. She died on August 11 in 1996 from her breast cancer, but shortly before told that her powers would be passed on to a 12-year-old blind girl living in France and that people would soon hear about her. Her house has since been converted into a museum.

Some evidence suggests that Baba Vanga did not make many of the predictions her supporters attribute to her. Rather, people frequently attribute new fake ‘prophecies’ to her since her death, with the lack of a written record of her prophecies making these claims difficult to disprove.

So, What do you think about these predictions Baba? Give me a call for Psychic and Medium Readings.