Is There An Afterlife? ~ Billy Caputo 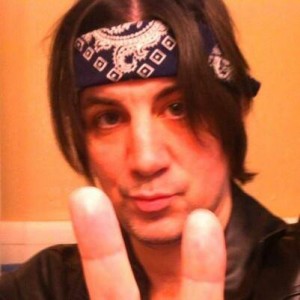 Is There An Afterlife? ~ Billy Caputo

An important concept of many belief systems around the world, the afterlife is certainly an attractive prospect. None of us want to simply accept that the physical death of our bodies will mean the end of our existence. The question whether there really is a life after death has been, and still is, debated hotly whenever the subject is raised.

So should we believe in it or not? The fact is, that many people were brought “back” to life through advanced medical technology after having been declared clinically – and on some occasions believed to be irretrievably – dead. Often these people, rescued from the edge of death, return to life with reports of things or people – usually loved ones who died long before them – they have seen while dead. Others returned and spoke of events about to happen or places to be visited in the future, and were later proven correct when the event or visit foretold actually became reality.

Mediums, enjoying a vastly increasing popularity, give individuals the opportunity to talk to deceased loved ones. Frequently these communications include facts or statements even the individual is unaware of, or a secret piece of information only the deceased and the living individual seeking contact share knowledge of, thus indicating the spirits identity. As a rule, these things couldn’t possibly be known by the medium through any other means than actual contact with a spirit residing in the realm of the afterlife.

Many confess to having experiences involving “ghostly” appearances. A friend of mine, for instance, decided to spend a while in a rented holiday cottage to clear her mind after having some serious personal problems. On moving in, she was unaware that this cottage was supposedly haunted and thus had no expectations of any unexplained happenings.

She awoke in the middle of the night feeling exceptionally cold and experiencing a sensation of severe pressure on her chest. As she turned to try and relieve the pressure, she saw a Lady dressed in Victorian style clothing standing at the end of her bed. Although this Lady didn’t actually do or say anything, the extreme anger and aggression emanating from her so frightened my friend that she moved back home the next morning. (I hasten to add that not all experiences are necessarily frightening or threatening!) On researching the house later, we did find out that a Lady had indeed die  of a severe heart attack in that particular room; however, we found nothing to suggest possible causes of this or the anger felt in her presence.

As it stands, I personally am a believer, simply because I have had many experiences, which – in my opinion – confirm that there is more to come after our physical life ends. However, every individual will have to look at various reports, opinions, facts or perhaps personal experiences with an open mind and make their own, personal decision as to whether to believe in the existence of an afterlife or not.