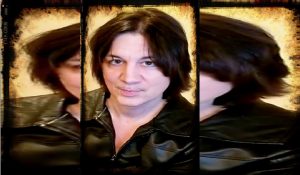 It is always fun to know people before actually being involved with them and is a really amazing thing to know about the things they will react nicely or harshly to before presenting it to them. Therefore, let’s see what things make what signs happy and what angers them i.e. their good traits and bad ones.

The good trait of an Aries person is their optimistic nature. Their view of life is that of a bright yet cloudy morning that makes one feel content making them forget all that was going wrong the minute before. They can be unbelievably optimistic sometimes, everything in their life would be jumping off its place and you will see them sitting in a corner enjoying a cup of coffee, sure as heaven about their plans to make everything right. That makes them an ultimate source of inspiration.

The bad trait of an Aries is their short temper. They tend to dismiss negative vibes as much as they can but when the limit is crossed, they might show you the most violent outburst ever. They are usually positive people but what’s wrong cannot be treated lightly by them. You can also read our very famous articles on how to love an Aries and how you should be loved.

The good trait about Taurus people is that they are loyal. They might even be the most loyal people you will ever come across as they never leave the side of someone they once promised their company to. Breaking promises is an act not known by them; although they do have massive self-respect yet it takes more than one moments of realization to finally leave someone’s side and shift their loyalties.

The bad trait of a Taurus is that they can be highly self-indulgent. They are fond of spending me-time and not just a considerable amount of it but a hell lot of me-time is the food for their soul. They do like to socialize but never at the cost of their personal appointments so you should keep it in mind to never disturb a Taurus when they are indulged in themselves.

The good trait of a Gemini is that they are party animals. Anywhere, anytime, call a Gemini to come out and party and you won’t hear a ‘no’ from them without a legitimate reason. They are energetic and enthusiastic and that makes them the life of all parties. Not just in parties, they are always up for everything adventurous in life; staying put is not one of their habits.

The bad trait of a Gemini can be their habit to gossip a lot. On a bad day when they are not so energetic, they might be producing rumors and talking absolute garbage about people they don’t like; this makes them two-faced too. Some of them are mean when confronted with the rumors they produced; absolutely denying them as if they do not even know the person the rumor was about. That is a very bad trait but kind-hearted Gemini people can make an effort to control it.

The good trait of Cancer people is that they are extremely caring to the extent that you might feel a touch of motherly love in their care. You have never felt what actual protection feels like unless you have been cared for by a Cancer. Their hearts are soft and sensitive and their arms ever ready to be closed around you in bad times and in good. It is the best possible trait any star can have.

The bad trait of a Cancer is that they are more emotional than a normal person should be. We admit that there is nothing wrong to feel and sense but it gets annoying when the feelings get out of hand for a person to handle. They are extremely sensitive creatures and can make a person really uncomfortable when they are sad. Their sad is miserable and their happy the most cheerful laugh!

The good trait of a Leo is their charismatic nature. They are very friendly and almost always up for a conversation with anybody. That might make them look vulnerable but they know very well when to stop sharing secrets. Besides being amiable, Leo people are sensible enough to know which person is suitable enough to talk about certain topics.

The bad trait of Leo can be their inability to control their impulses. As much as they are fun to be around, they can be equally dangerous as they have a hard time controlling their impulsive nature. Once their brain has sent signals to their body parts, they cannot be told to shut off by anybody. Such nature of Leo people can get them in bad, bad trouble at times.

The best trait of a Virgo is that they are extremely talented in almost everything. Give them mathematics, art, medicine or music, they will present you an unmatched piece of work. Virgos often don’t realize their genius is rare, once they do, they can ace in almost everything in life given the right amount of attention and efforts put into the work.

The worst trait of Virgos is that they are critiques to almost everything they see. They judge everything and weigh the good and bad things about it more than needed, it makes them extremely judgmental. Especially with their own selves, Virgos are highly critical, almost never satisfied by the way they are. It is not too annoying a habit but it can keep them from making good friends.

The best trait about a Libra is their sense of justice and equality in all aspects of life. It does not mean that they are a member of jury in all states but it means that whenever it comes to choosing between or among things, they try their best to keep everyone happy. This habit of theirs makes them lovable as they make sure nobody is left heartbroken in any matter under consideration.

The bad trait of a Libra is that they take so long in weighing the good and bad things that it becomes impossible for them to reach a final decision. They take too long to decide a verdict and that makes them indecisive, which stops them from forming their own opinions sometimes without going through others’.

The best Scorpio trait is their passionate nature. They are passionate about everything in life, be it their job or their bedroom tasks. Scorpios are known to be energetic people, who never run out of determination and resolution to finish something they started. This quality in them is highly appreciated by some stars who share the same love for passion.

The bad trait of Scorpios is their habit of being moody for no good reason. One minute you will see them cheering up for a friend and the next you will find them yelling at someone in the backseat—such are their mood swings. This trait does not completely put off Scorpios’ passionate nature as it can be easily handled with care and enough attention by someone beloved. Scorpios are all in all amazing people with very active senses.

The best trait of a Sagittarius can be his or her independent nature. They naturally like to be by themselves. Even in a relationship, a Sagittarius would never be clingy; they have a decent independent nature that keeps them from being too close or annoying. At an early age, they learn to be by themselves and not need a lot of attention by any person. They are fond of love but they don’t like to hold on to it very tightly.

The bad trait of a Sagittarius is their lack of appreciation for love. They are not very good at expressing their emotions by words or sometimes even by action. They have a mild nature which keeps them from indulging in emotional experiences although they badly want to. They inability to express can be problematic in a relationship.

The best trait of Capricorns is their ambitious nature. They are hard-workers who do not pay any heed to people hating on them or trying to be in their way. They skip all the obstacles as if they are stones and jump on high flights without a fear to fail. Their resourcefulness is unmatched and their determination unbroken. They usually tend to be very successful people. If not successful, they are always seen trying to be successful.

The bad trait of Capricorns is their ability to be cold and unemotional to people. They might not be so in reality but they sure do make it look like that. They can look very, very cold when they are not interested in a friendly conversation and make you feel like you made a mistake trying to talk to them. Anyway, Capricorns can be really sweet too when taken interest in properly.

The best trait of an Aquarius is their humanitarian nature. They are all for helping the underprivileged and providing to the needy. Aquarius people have a natural love for nature so they contribute to it as much as they can. Not just charity, they like to be there for people emotionally and spiritually too. This helpful nature of theirs makes them easy to talk to, although they are very keen about their social circle at times.

The bad trait of an Aquarius can be their stubbornness. Being picky when it comes to choose friends makes them look distant and can sway away good company. They wish for the best social circle and that is why they are picky about friends, but this habit of theirs comes more as a problem in building a circle than a helpful tactic.

The best trait of a Pisces is his or her imagination and artistic skills. Give them a pen and enough time to practice, they will come up with a marvelous piece that will make you think twice about its meaning. They are literally said to receive strokes of genius from time to time. They have an appreciation for art too; they cannot stop themselves from buying an expensive painting or anything that is a result of a mind like their own.

The bad trait of a Pisces is their habit to take things too personally. They cannot deal with a problem light-headedly and feel it necessary to make fuss about it. It is their own way of solving problems although it does not please people who watch them solve problems like that.

Rates, About me and More….Click HERE