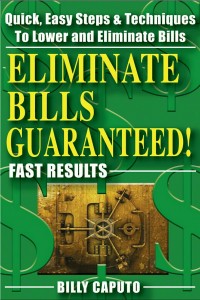 Be sure to pick up my new book above, available on my website. It’s Amazing and will save you a lot of money!

Men get plenty of blame for being promiscuous and superficial when it comes to women, but let’s face it — women are guilty of their share of nasty shenanigans, too. Here are 10 ways that women can be uniquely cruel to guys. If your lady-friend is resorting to any of this type of behavior, you should feel free to call her out on it and refuse to put up with it.

1. They Flirt To Inspire Jealousy

Maybe she’s feeling under appreciated, maybe you’ve just had a big fight or maybe she just enjoys the tortured look on your face. For whatever reason, girls who flirt obviously with other guys in front of their boyfriends are immature and manipulative.

2. They Test Their Men

You’re all ready to go for a night out with your friends, when your girlfriend calls and asks you to change your plans to be with her instead. She doesn’t have any particular reason; she just wants to see you. She knows that you had plans to meet up with the guys, but if you really loved her, you’d come over to her place instead, right? If her request comes with an “If you really loved me,” then it’s a test. If you choose anything other than immediately rushing to her side, you’re going to fail. This kind of testing in a relationship is indeed cruel and petty.

3. They Withhold Sex To Make A Point

There’s not being in the mood, and then there’s using sex as a power lever. Women have gone on strike in the bedroom as a form of protest for centuries — there are parts of the world where it remains an effective form of social protest. Needless to say, it’s not our favorite way to get a point across, mostly because it’s frustratingly effective. We get it! Can’t we just talk about it?

4. They Don’t Disclose Their Relationship Status

You’ve pulled out all your best moves and you seem to be making progress with the cute girl you’ve just met. When you finally get to the point when you feel you can safely ask for her number, she smiles and says: “I have a boyfriend.” That information would have been nice to have at the beginning of the conversation. It’s certainly not the worst thing a woman could do to a man, but it is annoying when she lets you assume that she’s available so that she can enjoy your flirtation and flattery.

5. They Criticize Their Men In Public

Over the past 10 years, an ever more common trope in TV and movies is the bumbling man-child and his accomplished, competent girlfriend or wife. The guy’s the butt of all the jokes and eye-rolls and he takes it in stride because he’s grateful to be paired up with such a great lady. This on-screen dynamic bleeds over into everyday life all the time. There’s no reason to take constant public criticism from your wife or girlfriend. If she wouldn’t like you doing it to her, she shouldn’t dish it out. Simple as that.

6. They Use Physical Violence

Men are usually raised to never hit a woman. Unfortunately, there are some women who use this aspect of a man’s social conditioning to gain power over him. In the minds of these women, it’s perfectly acceptable to slap a boyfriend across the face when he says something that pisses her off. Confident that he would never hit her back, this type of woman feels like she can inflict any kind of physical pain on him without fear of repercussion. But the fact is that hitting and hurting your significant other is wrong, no matter who you are.

Most men hate the sight of a crying woman, and some women will take advantage of this by using the threat of tears to get what they want. Yes, if we didn’t have such a strong aversion to tears in the first place, maybe this situation wouldn’t present itself, but here we are in 2013, and a lot of women need to do little more than shed a tear and a guy’s on his knees. If this happens to you, keep a cool head and try to talk it out.

8. They Use Men For Free Drinks

Some women go out never planning to spend any of their own money on drinks at the bar or club. Yes, some guys encourage this type of behavior by trying to buy attention from women, but for those of us who’d rather be judged on our merits than on our wallets, this type of situation is incredibly frustrating. We’re happy to buy a woman a drink if moved to do so — but it shouldn’t be her whole purpose for talking to us.

9. They Don’t Pick Up The Phone

You convinced her to give you her number and you’re feeling good about yourself. Your charm and good looks have obviously made an impression on her. Unfortunately, when you try to call, she doesn’t pick up or, worse yet, she’s given you a fake number. Some women will give you their numbers because it’s easier than trying to tell you why she’s not interested. It would save everyone a whole lot of time if women were just honest from the get-go about whether they’re interested or not. Is our pride wounded? Yes. But we can take it.