8 Signs Your Relationship Is About To End ~ Billy Caputo

1. YOUR BIGGEST SOURCE OF STRESS IS YOUR PARTNER

For most people, being around their significant other is a way to relieve stress. However, there may come a time where the thought of hanging out with them or going home to them only adds to the stress of the rest of your day. This is a sign that the relationship has run its course. Feeling stressed or obligated to spend time with your partner only hurts you both. When the relationship ends, you’ll both find that you’re much happier and able to move on.

2. YOU’RE NOT IN IT FOR THE LONG HAUL

When you picture your life in a few years, do you picture your partner by your side? And if you do, does it bring you joy, or dread? If the answer is the latter, you’re probably ready for the relationship to run its course.

It can be a scary experience to realize that the person that you’re with isn’t the person you want to be with forever, but once the truth comes out, it’ll be better for everyone involved, and cause a lot less resentment.

3. YOU’RE NOT TALKING AS MUCH AS YOU USED TO … AND YOU’RE FINE WITH IT

If you go a few days without talking to your significant other, not even a phone call or a text, and it doesn’t bother you one bit, it’s probably a sign that you’re not as invested as you once were. Going a day without talking can be normal, but most people in a relationship want to at least check in on their partners. If you’re not feeling that desire, you probably need to have a talk with your partner about whether or not they’re feeling the same way. If they are, it’s probably best to call it quits while you’re ahead.

Introverts may often feel happiness when they’re alone, but even introverts enjoy spending time with their significant others. If you find that the minute you’re alone you feel euphoria or relief, it’s probably a sign that you’re not enjoying your partner’s attention and presence as much as you used to.

You don’t want to be around them, and they deserve someone who does. 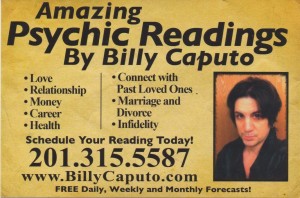 5. YOU THINK ABOUT BREAKING UP

If you have anxiety about breaking up because you really don’t want to, then it’s probably not a sign your relationship is doomed. However, if you find that the thought of ending the relationship seriously crosses your mind, that’s a sign itself that it’s probably time to let go. A relationship you want to be in forever is one where you don’t even entertain the notion of letting them go.

6. YOUR PARTNER THREATENS TO BREAK UP WITH YOU

This is usually used as a last-ditch effort to win or end an argument. If your partner uses this as a tool in an argument over something insignificant, it’s a sign that they’re not really as invested in the relationship as you are – and that they’re using it as leverage, holding themselves hostage to keep you in line.

No, it’s not – it’s not healthy, and it’s best that you go ahead and call their bluff and end the relationship.

7. YOU’RE CONVENIENT FOR THEM

A sign that your relationship might as well be over is when you realize that your significant other only has you around because you’re there. That isn’t fun, and doesn’t build a long-lasting relationship. You deserve someone who wants you for you, not because you’re a convenient source of emotional or physical comfort.

A relationship should be two people coming together to form a partnership. However, sometimes we find ourselves being over-run by our significant others’ powerful personalities. When they start to control what we do, who we see and what we’re allowed to enjoy, it’s probably time to end the relationship. If you wake up one morning and don’t recognize yourself, it’s time to get out and figure out who you are again.