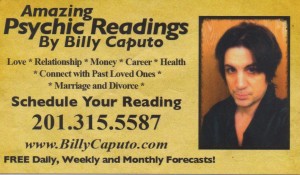 7 Types of Women Men Should Avoid!

Miss materialistic is one who is at the extreme end of the tether on the scale of high maintenance. She is out for your money and the size of her brain is directly proportionate to her body (size zero) by virtue of the existence of which she can’t come out of her 2nd century shell that believes “I am a girl, so I should not pay”.

You would rather prefer watching the cheesiest romantic film ever directed in a language you wouldn’t understand a hundred times than going out with “Miss-romance”. The secret to knowing miss romance is by talking about Mills and Boon and she would blow you up with the history of romance and thereby, reveal the extent of 2nd grade fairytale stories that still cling to her life.

If you do not want an ounce of frustration, miss-elusive is not for you. She is someone, who has been terribly hurt in her previous relationship/s, and subconsciously spoils even the probability of a new one. She would display interest in the beginning and disappear quickly. If you are looking for stability, move on!

Similar to miss feminists, the Miss short-tempered usually hates men. They can rattle all day and night about the misdeeds of men they have encountered. To a Miss short-tempered, there are no ‘good’ men. Unless you prefer watching a lot of screaming and drama, scoot away!

Miss insecure will woo you with her sweetness and the way she treats a man though her hidden insecurities are impatient enough to stay for long. Very soon you will find her calling you ten times between your meetings to check if you are with another woman. You need to tell her endless times that she is attractive, in fact, the most beautiful woman in the world!

You meet a fantastic woman and you’ve had two great first dates with her. Everything seems like a dream, until she brings up the wedding, kids and her future with you. Men aren’t afraid of commitment, but they need time. They don’t like WHAM within five days.

It would be great to find someone who loves you and is carefree about every other thing. Outgoing personality and righteous dance moves will no doubt catch his attention. The problem is when it doesn’t stop there. If her entire life is a party, men will more likely to keep a distance from her.