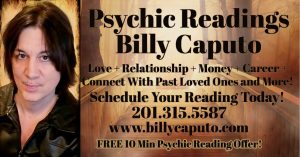 7.  Loss Of Freedom – Many men don’t commit simply because they feel like being in a committed relationship means that they have to report their moves to someone, and that can be hard to do if you are used to living an independent life without the responsibility of having to be considerate of how someone else may feel about a decision that they make. Whether it’s hanging out with friends until the wee hours of the morning, or not putting the cap back on the tooth paste, men don’t like to feel like tabs are being kept on them.

6. Lack Of Trust –  Trust is everything. If a man doesn’t feel like he can trust you with his heart, you can fuhgetaboutit! He is not going to show any signs of commitment until he knows that it trust is not an issue. The first sign of dishonesty or deceitfulness will open the door for him to walk completely away from
The Big C word. No man of integrity is going to keep a woman around if she isn’t honest and loyal. If you want to keep him, make sure he can trust you.

5. He Has Other Women –  This one shouldn’t be a surprise. Many times when a man isn’t ready to commit, it’s because he isn’t done playing the field. A man who still desires to be with other women won’t be in a hurry to commit because he will feel like he is losing out on something. And this isn’t always about sex. A lot of times men just want to have the option of going on a date with someone new, or hanging out with a female friend who has been in the picture for a while. For these guys it’s all about options.

4.  Maturity – A lot of people make the wrong assumption that age brings maturity. That assumption is false because everyone does not mature at the same pace.   In order to commit to that one person, you have to be willing to grow up and put away many childish thoughts and habits. Quite frankly, some men just aren’t mature enough to be in a committed relationship. You can’t force someone to grow up. If he is still living his life with the emotional capacity of an adolescent, you should move on and find someone who is looking for the same things that you are in a relationship.

3. Other Priorities/Commitments – Life can really be demanding, and sometimes as men we have a hard time balancing everything. Many of us find it hard to commit simply because we don’t have the time to dedicate to a relationship. Between work, school, family, and other commitments it can be hard to squeeze in that quality time that is needed to maintain a relationship. In this case he may only be able to handle a date or two here or there. Find your lane in his life and make the best out of it. Hard work pays off, and if a man is focused on a particular goal a relationship may be the last thing on his mind at the moment. But on the other hand, I feel like it’s a good sign if a man is committed to other productive things in his life. That means that he is focused and knows how to dedicate his time to things that are important. Maybe he just needs you to show him how to balance things in his life so you both can be happy together.  Don’t make things harder on him by trying to force a relationship that he obviously doesn’t have time for.

2.  Too Much Pressure – Ladies, if you are pressuring your man to commit to you because you think it’s time…just stop it! All that is going to do is push him away. And if he does commit to you under pressure the relationship probably isn’t going to last. A man has to willingly come to the decision that you are the one he wants to be with and no amount of pressure that  you put on him will help him make that decision. If his love for you is genuine then eventually he will make a decision that he feels is in his best interest. If you feel like he is taking too long to make that decision, all you can do is voice your concern about it and then decide what is best for you. Either stay in the situation and wait it out, or move on with your life so you can find someone who is ready to give you all that you deserve.  The choice is yours.

1. Fear – Fear is probably the biggest reason that many of us don’t commit. We are afraid of what will happen if it doesn’t work out. We think about all of the potential mates that we could have had if we remained single.  The idea of filling our heart up with emotions and having those same emotions snatched away from us is scary! We would rather not go through a situation at all than to deal with the sadness that comes at the end when many relationships don’t work out. We have emotions too ladies. We may not always express them, but there are definitely feelings inside of our heart that we tend to guard heavily.

These are just a few of the reasons that men are afraid of commitment.  The bottom line is this… If he is really and truly into you, and he can see himself building a future with you, he will willingly commit to being with you.  He will overcome his fears, toss that old baggage to the side and there won’t be any pressure needed because if he thinks that you are the one, you will definitely know it!