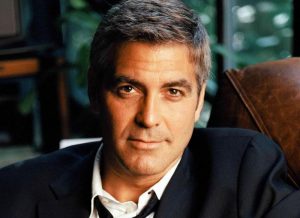 1. BECAUSE THERE ARE TOO MANY OPTIONS

While this may not seem like much of a problem, having too many options when it comes to dating can be just as difficult as having no options at all. I think attractiveness gives you more options in terms of relationship alternatives which might make it harder to protect a relationship from outside threats. In this sense, having too many other choices is likely not beneficial for relationship longevity.

Having an overwhelming amount of choices when it comes to dating can make it hard to connect with one person. After all, dating is something that can lead to connecting and falling in love with someone for the rest of your life. The idea of having to choose one of many can be daunting.

2. POTENTIAL PARTNERS ARE WARY OF YOUR OPTIONS

Attractive people may intimidate potential partners from making a move because they’re vibrantly aware that they have an array of different people to choose from. This can stop the good-hearted and genuine people from trying to make their move and get to know a person better. It can be disheartening to be part of a competition for someone’s affection, and people may not want to risk being turned down.

3. THEY’RE JUDGED BY THEIR LOOKS

After all, this is the first thing that many people see when they meet another person. Attractive people can be judged on their looks just as easily as people who aren’t as attractive. Whether this comes with the “Ditzy Blonde” stereotype or the “Meathead Jock” stereotype, attractive people are often judged based on their looks, which makes it hard to make a real connection with someone after they’ve already decided your personality based on how you look. 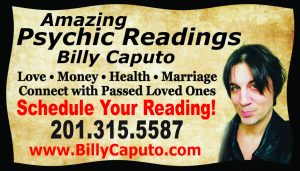 4. PEOPLE WANT TO USE THEM FOR THEIR BODIES

Attractive people often face the unique challenge of people using them for their looks and their bodies. They may be faced with people who try to get close to them and feign interest in them long enough to get intimate, and then being dropped emotionally. This may put people on edge and make them closed off from connecting to other people because they’re used to being used.

Good-looking people often have a stigma attached to them that assumes that they’re loose. Attractive people are often seen as sexual creatures and nothing else. Their agency is stripped from them and people often refuse to see them as wholly realized people with interests and opinions. It can be extremely draining, and put them off of dating.

When men see beautiful women, they are more concentrated on how she looks because they want to ‘have’ her, and so they don’t want to go deeper and get to know her…

Hence, attractive people will be faced with the problem of trying to figure out what people really want from them. They’re often stuck with trying to figure out if someone is interested in them for their personality or their looks, which can make connecting with people difficult.

7. THEIR LOOKS CAN CAUSE DRAMA

This can range from people talking behind their back based on stereotypes associated with their looks, or even the source of jealousy. Dealing with drama can be difficult for any person, and attractive people are no different. The drama can make dating difficult, because the word of drama often spreads quicker than it can be contained. Everyone loves drama, expect when it comes to drama based around your looks.