6 Traits Women Look For in a Guy ~ Billy Caputo 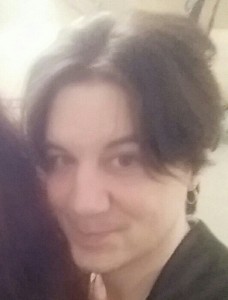 If ever there were a single trait women look for in a man, confidence would be it. That’s because confidence is built from an accumulation of all those previously described traits: the more of these qualities he possesses, the more his belief in himself is strengthened – which is undeniably sexy to women. On the other hand, when a man is lacking confidence, traits such as intelligence, good looks, or talent are more or less nullified. It’s like a well-endowed man who has no idea how to use his unusually large “gift.” If you remember only one thing from reading this piece, let it be this: confidence is of paramount importance. Fake it if you must!

Can you walk into any party and charming the pants off of everyone in the room…or are you more of the type who sends everyone running for the fire exit? A woman wants to know that she can introduce you to her pals without having to worry that you could potentially creep them out. Same goes for bringing you over to meet her parents when the time comes. Being able to play well with others is key, and a lady will sense your social skills from the start. If you’ve ever been described with such terms as “aloof,” “overbearing,” or “potential serial killer,” start brushing up on your people skills ASAP!

While the rare exception (i.e. conservatives and virgins) might not mind tangoing with a sexually inexperienced man, most women prefer to be with guys who know their way around a female body, but don’t have to brag about it. A true Don Juan can demonstrate his sexual acumen without words, but with skills (or “skillz” if you’re nasty). And I’m not talking about blindly pummeling her like a jackhammer on concrete. A guy in tune with his sexuality knows when to turn on the romance or unleash the raw beast inside.

Intelligence is super important not only because it influences a person’s ability to succeed in the world, but because any lady with depth wants to be able to have meaningful conversation with a guy. You don’t have to be Stephen Hawking to land the woman of your dreams (believe it or not, that dude is a pimp), but if you want to hold a lady’s focus, you should be able to do basic multiplication, construct a proper sentence, and understand the concept of gravity (or at least, have seen and understood the movie with Sandra Bullock and George Clooney). Cultural knowledge is often as important as academic wisdom!

If a guy comes from a good family, it’s a good indication that he’s been instilled with noble values such as modesty, honesty, and loyalty. In addition, you may not realize now just how important it is that your girlfriend or (fingers crossed?) future wife gets along with your parents, but plenty of ladies are already thinking three steps ahead. If s*** gets serious, that girl is going to be seeing a LOT of your clan. For these reasons, ladies are always paying close attention to the way you interact with your family, both over the phone and in person!  So be good to your ma.

Every woman wants a winner If a guy has a job and a place to live, it generally means that he is driven, hardworking, and responsible – all of which are ideal characteristics in a mate. This goes as far back as prehistoric times, when Cavewoman Carla wanted to be with the best hunter in the pack. Of course, back then, the spoils won by a successful guy were tiger pelts and mammoth steaks, but the benefits are the same today as they’ve always been. A woman with a successful man doesn’t have to worry about freezing or starving, and — fortunately, in this modern age — doesn’t have to feel awkward or limited in chasing her own personal or professional dreams.