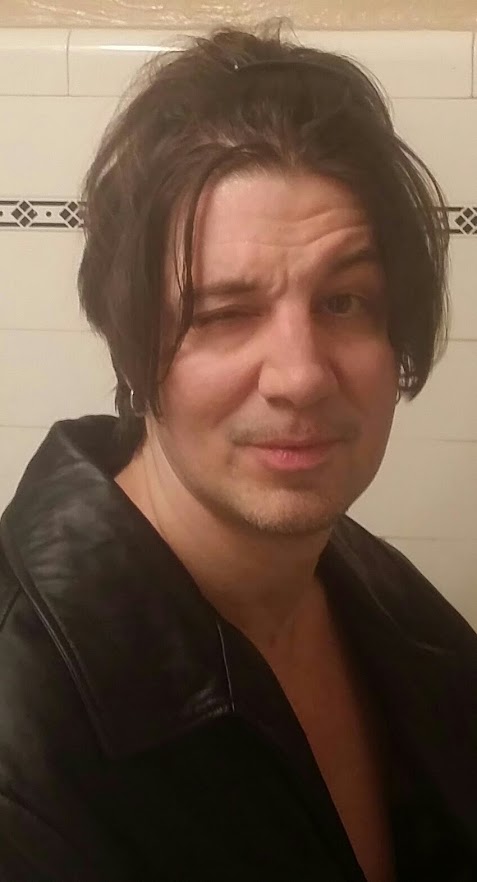 By the time you get into your 40s, if you have the misfortune to find yourself in the dating pool, let me just tell you: It’s a shit show. Sorry, maybe that was too harsh. I’ll tone it down a bit. It’s like being thrown in a serial killer’s basement well. Seriously, it is that bad. Let’s face it, there is some truth to the statement “All the good ones are taken.” That goes triple for guys in their 40s. If they were any good, they would be in relationships or married already. (This could go for women too I suppose, but I date men.) Of course, you can always date younger, but that’s a whole other list! Anyway, here are 5 types of single guys you meet after 40.

1. Mr. Set-In-His-Ways. This is the 40-something guy who has totally adjusted to living alone. Which is great. He’s probably very happy. But he also wants to meet a woman. Only he doesn’t want to change his life or schedule one iota for her. This is the guy who will say something early on like, “I have tennis on Wednesday, squash on Thursday, I’m camping all weekend, I need to spend Monday and Tuesday writng my novel, I walk my dog from 7 p.m. to 8 p.m. and I like to get to bed early. So can you meet for 20 minutes at 8:30 p.m. on Tuesday in three weeks? Oh, and can you come to my neighborhood?”

2. Mr. Commitmentphobe. Trust me, if he’s gotten to 40 without having ever been married (for more than a few days) or in a relationship over 5 years, he is never going to be in one. No, he just doesn’t have bad luck. No, it’s not that he hasn’t met the right woman. That’s what he tell you — and he probably believes it. But there is no way that a guy goes decades of dating without finding one woman worth sticking with for a decent length of time unless he just doesn’t want to. You can really only get away with this if you’re George Clooney.

3. Bitter Angry Dude. I don’t know if it’s that guys this age have seen a lot of relationship disappointment that has made them bitter and angry, or if their bitter/angry vibe is what makes women run from them to the point where they are still single at 40, but these guys abound. You can tell them right off the bat though, because even on the first phone call they’ll nastily correct you about weird stuff or start an argument about the most innocuous of topics. A conversation with them might go something like,  You: “So, how do you like your job?” Him: “My job? Why would you ask about that? I thought we were trying to get to know each other personally. I don’t want to talk about my job!” Yeah, run.

4. The Flake. This is the 40-something man-child who still doesn’t know how to make plans in advance and can’t stick to any type of schedule. He’s the guy who says he will call you Monday night and then doesn’t. A week later, he emails you, “Hey, what are you up to?” You explain that he never called, so why is he asking? He apologizes and says he will call you that night. He doesn’t. A week later, he emails again, saying, “Hey, want to meet up?” You explain that you still haven’t spoken yet. He says — well, you can guess. It goes on like this into infinity.

5. Kid Guy. This is the guy with kids. Not that there’s anything wrong with a single dad, but this guy is REALLY with kids. In fact, his online dating profile photo is likely to be … HIS KID. He asks if you can meet at 10 p.m. because he has to have dinner with his kids every night … not even considering that you might like to meet earlier because you work in the morning. He uses his kids as an excuse not to get into a relationship. True story: One friend was dating this guy who kept using kid excuses not to see her. He had to do this for his daughter, that for his daughter. Finally my friend asked how old his daughter was, and the guy replied, “20”!…So.. whats your opinion and experiences?