3 Reasons Why We Get Jealous ~ Billy Caputo 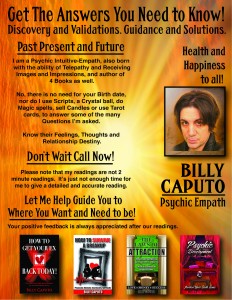 3 Reasons Why We Get Jealous

Hands down, insecurity is the most common source of jealousy. People often throw around the term “inferiority complex,” which is not a clinical term, but refers to an underlying impoverished ego or low self-esteem—a jealous man who feels insecure in his romantic relationships, for example, does not feel confident that he is good and valuable enough to keep another person interested in him over time. It’s important to note that insecurity is usually not absolute in men and women. In other words, a woman may be bright and highly effective at work as a high-powered lawyer, though her psychopathology (getting jealous) comes out in her romantic relationships. Overall, is she an insecure woman? No, but she has the capacity to become deeply jealous in her romantic relationships.

A recent female client of mine in her late 20s, whom I’ll call “Sarah,” finds herself feeling jealous in almost every relationship she has. Clinically, she also meets several criteria for obsessive-compulsive disorder though she doesn’t meet the criteria for the full diagnosis. Maryanne’s brain tends to work on perpetual overtime, always generating new anxieties and worries. Because this is her general cognitive (thinking) style, her tendency to overthink and obsess about things inevitably seeps into every one of her romantic relationships. For obsessive types, the hardest thing in the world to manage is uncertainty, aka the Unknown. While most people can handle a fair amount of uncertainty, when Maryanne’s boyfriend comes home late, she can’t tolerate the unknown (why he’s late, what he’s been doing). When she feels uncertain about where her boyfriend is, her mind fills in the blanks and generates answers, many of which are negative. Very often, she comes up with facts created out of thin air about her boyfriend’s probable infidelity—and then feels extremely anxious and jealous. If she didn’t have an obsessive cognitive style, she would be a lot less jealous.

Many men and women I’ve worked with get jealous, but their jealousy actually stems from an overall paranoid approach to many things in life. While paranoia at the most severe end of the spectrum takes the form of Schizophrenia-Paranoid Type, the vast majority of paranoid individuals fall toward the milder end of this spectrum. Many men and women have some paranoid characteristics but their paranoia isn’t severe enough to meet the diagnosis of full-blown paranoid disorder. Men and women with mild or moderate paranoia have great difficulty trusting others and often infer malicious intent to others’ motives. They frequently have a personality type that leads them to feel victimized and persecuted, frequently feeling that others are out to get them. They often feel that others are trying to sabotage them, their goals, or their career. They also often perceive that others have put them down, rejected them, or patronized them, even when witnesses tell them otherwise. Finally, men and women with a paranoid personality style are often blamers, assigning blame to others as opposed to looking inward and accepting accountability for their own flaws or mistakes. Too often, they get jealous and grasp onto a strong belief that their partner is cheating—and no amount of evidence can convince them otherwise.

If you ask a jealous person whether he (or she) was justified in feeling jealous, he would probably cite several examples where jealousy was actually founded in fact. In other words, a partner really was cheating, or truly did betray him! The question becomes: Is there a pattern of jealousy, or is this an isolated incident? A person can accurately be labeled a jealous person if she (or he) has a history of becoming jealous with multiple partners, many or all of whom did not actually do anything to justify it. If you are in a relationship with someone who’s triggering intense feelings of jealousy in you, ask yourself if you have felt jealous with other partners in the past, or if these feelings stem exclusively from your current relationship.

If you don’t have a history of being jealous, odds are that your jealous feelings in your current relationship aren’t actually a problem. In fact, it might be that your instincts are signaling that you are in a relationship with someone you might not be able to trust. In this situation, you aren’t becoming “the jealous type”; you’re more concerned and distrustful. Having a partner label you as jealous when you don’t have a history of jealousy is a sign that your feelings are being mislabeled. In such a case, you’re not jealous; you’re justifiably worried.