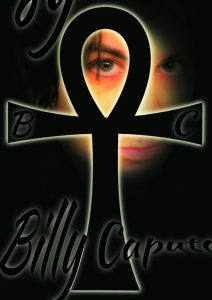 1 Marijuana grows naturally. Making something that is natural illegal is unnatural.

2 Marijuana is discriminated against by legislators that are too scared of being referred to as a druggie. Legislators won’t stand up for what they believe in, only the self interest of the corporations they represent.

3 Marijuana does not cause death.

5 Marijuana is not addictive.

6 Marijuana can be used to make hemp and other products such as paper (no more tree chopping) clothing, and rope. We can also make marijuana oil which can be used as a renewable fuel.

7 Legalizing marijuana will cause a sudden drop in need for beer. Wine won’t be affected as much as beer. Beer consumption will plummet.

8 There are more people in jail for drugs then there are other criminals.

9 Marijuana is an issue of public health, not the police.

10 Billions of dollars are spent on the war on drugs each year. IT destroy families and ruins lives.

11 Marijuana being legal will cause a sudden drop in using other harder drugs such as methamphetamines, barbiturates, heroin, alcohol and cocaine.

12 Alcohol and cigarettes kill more people a year than war.

13 People still drink and smoke regardless of the warnings.

14 Teenagers and children are lied to about marijuana by uninformed uneducated parents and propaganda.

15 anti marijuana legislation and TV propaganda are funded by the lobbyists that have interest in alcohol and timber.

16 cultivating marijuana will cause a spike in economic growth for more and more plantations of marijuana.

17 the cultivation of marijuana will create jobs for low income families.

19 The US government is losing billions in tax revenue.

21 The US is a few trillion dollars in debt

23 Marijuana can reverse the effects of crystal meth by making the person hungry and tired.

24 Marijuana does not impair your ability to drive as much as alcohol, however operating machinery driving and using power tools isn’t a good idea while using the plant.

25 Congress was lied to by yellow journalism