12 Signs He Loves You ~ Billy Caputo 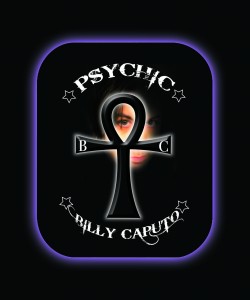 Love is a many splendored thing,” is a wonderful old song. We all have a basic need to be loved. When we are children we are content with maternal love and familial bonds. As we mature and we form romantic relationships, initially we may want to keep things light and uncomplicated. But as relationships deepen most individuals feel an innate need to love and be loved in return.In the early days of romance you may often wonder how serious your man is about you? But even those in serious relationships, whether living together or married, are not exempt from these doubts. Just because he’s told you at some point that he loves you or cares for you is no guarantee that his feelings won’t change. We need constant reassurance that the loving feeling is still there.Apart from whimsically plucking a daisy’s petals and wondering ‘He loves me, he loves me not’, how can you gauge his feelings? One can’t generalize, but men on the whole find it difficult to express their feelings. It’s often left to a woman to try and fathom his deeper feelings. What are some of the signs which you as a woman can watch out for as an indication of whether your man loves you?

If he says those three words and says them often, count yourself lucky. A lot of men assume that their women know they’re loved and don’t really tell them often enough. If he realizes your need to hear him say he loves you, and he means every word of it, he’s truly one of a kind. A man may not say the actual words but imply as much when he tells you how fortunate he feels to have you in his life.

Some men aren’t exactly good with words and expressing their feelings. But they choose their own avenues of expression. This kind of guy does things, little or big to show you how much you mean to him. That may include ordering take-away when he thinks you need a break from cooking or taking the kids off your hands so that you can have some time to yourself. Yes, you may need to hear the words from him, but have you never heard that ‘actions speak louder than words?’

3. He makes you feel special

And then there’s the man who’s always trying to keep the romance alive. He brings you flowers or wakes up extra early to bring you breakfast in bed. He’s always going out of his way to make you feel exceptional.

4. He’s happy around you

He sometimes foregoes time with his guy friends just to be with you. It may be because you’ve been feeling particularly low or you haven’t spent enough time together lately or just because he feels good to be with you. If he can’t get enough of you it’s a sure sign that he’s got it bad.

5. He listens to you

We’re not talking ‘You command, he obeys’. But when you’re talking, he’s genuinely interested in what you’re saying and gives you his undivided attention. He looks at you (not at the television blaring in the background or the newspaper in his hand), responds appropriately and gives you the idea that he’s really concerned about your concerns. 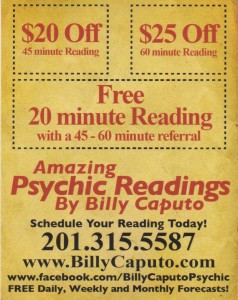 6. He compliments youHe notices when you make an effort with your appearance and appreciates it. He tells you which things suit you and add to your look. It always feels great to dress up but when he looks up admiringly and tells you so, you know you matter.

If he babies you when you’re sick and nurses you back to health, you can be pretty sure you’ve got a good thing going. If your comfort level is so high that you can look most miserable and still be secure enough in his love, you’ve got it made. Marriage vows don’t include the “In good times and bad, in sickness and health” clause for nothing. Rose, a high-flying career woman, recalls the time she was suffering from a stomach infection and feeling wretched. “I was running a high fever and feeling like my stomach was turned inside out. The only thing that made me feel like I should hasten my recovery was Marvin, my boyfriend. He was like a guardian angel. He soothed my fevered brow and held the bowl while I puked my guts out. If ever I had any doubt about his undying devotion for me, it was quelled at that instant.”

8. His friends and family respect you

Sometimes you can gauge how a man feels about you from the way his circle of friends and close family behave around you. If they hold you in high regard, you can be sure he’s been telling them just how happy he is to have you in his life.

9. He appreciates your worth

Sometimes men choose more indirect ways of expressing their true feelings. He may not actually tell you he loves you or even do anything special. But he may tell you how proud he is of your achievements or what a good mother you are or even how well you run the house. You may even find him praising you to the skies to family or acquaintances.

10. He asks for your opinion

When important decisions are at stake, either concerning him or both of you jointly or even the kids, he doesn’t just go ahead and do what he thinks is right. He asks for your advice and not just for the sake of it. He often considers it and may even go by it. Or if he doesn’t, he tells you why he didn’t.

If something upsets you concerning his family or friends, he tries to see your side of it. He feels for you and even if he’s seen you cry a thousand times before, he still tries to make you feel better and has that tissue box at hand.

Let’s say you’re both watching television and you want to watch Oprah, while he’d like to catch Arsenal v/s Chelsea. You know how men are where football is concerned! If he lets you watch your choice of program, not just grudgingly but because he loves to see you happy, you’ve got a winner. And if he actually sits through it just because he wants to be by your side, you know he’s a goner!