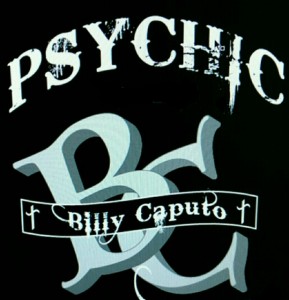 Men are from Mars, women are from Venus, and all that stuff we’ve all heard…We need to face the fact that men and women are indeed different in many ways, and it’s partly these differences that sometimes prevent us from speaking the same language, in a way. Men often think that women have only two problems: first is having nothing to wear, and second – no place to store all the clothes. Here are some of the things we would like men to know about us, in a bid to make the “language barrier” a bit thinner and more manageable.

Forget about Mr Perfect. Ladies like a man who has flaws and is not too blind or too conceited to admit them. We appreciate a person who is aware of his ‘not so good’ sides and is working on improving them.

2. We are only mothers to our children

The motherly nature of women is biologically pre-programmed, and it makes us generally more caring than men. There’s nothing wrong with a little pampering now and then, when he’s sick, especially; but turning into a child and forcing your girlfriend to turn into a mother is a majorly bad idea.

Regardless of what magazines repeatedly advice on what to do after making love, women sometimes just want to go to sleep right away, not cuddle and stare into your eyes with adoration for hours. Men and women are not really so different, actually, and that’s one of the proofs.

One of the most frequently given pieces of romantic advice to men is that they should never ever forget their partner’s birthday or an anniversary, or whatever. You can relax, gentlemen, we also sometimes forget these important dates, so we apologise in advance for when that happens.

5. We appreciate honesty above compliments

Nothing wrong with compliments though, but make sure they are specific and, most importantly, honest. Since you’ve heard about women’s intuition, in case you’re thinking we can spot a fake compliment, then you’re absolutely right. Make an effort to say something sweet and honest.

We can sense a lie most of the time, unless we’re too preoccupied with something else. We might not call you out on it, however, because sometimes we prefer to delude ourselves, for some reason. Take heed, though, and think twice before doing something that would require you to lie. Delusion time may be over.

7. We love the attention and beautiful gestures

Women are not invariably attention seekers but they do like the special treatment now and then, even if you’ve been together for years and years. By attention we mean a special gesture, a sign of your affection to her, particularly when she’s down for some reason. Think of something to lighten up her day.

Relationships tend to set into a rut with time and it’s the responsibility of both to keep the romance and the love alive. Nice little surprises are one way of doing this. You too like surprises, right? Well, so do we. We guess it’s part of the child living in each of us. Even the smallest, yet thoughtful surprises can make our day.

We suspect that a lot of male anxiety stems from the fact that they’re not sure what their partner likes in bed. Why not just ask? Most women will be comfortable enough to tell you. Just make sure you pick the right moment, i.e. be in bed when you ask. If you suspect that she won’t be willing to share this, give her some time, then look for an opportunity again. Yeah, we need time.

“Sorry”, not “Please”. We know you are proud creatures but being unable to admit it when you’ve made a mistake is the wrong sort of pride, and we want none of that one. Real men are brave enough to admit their mistakes, that’s why they’re called real men.

Do know other differences between men and women?