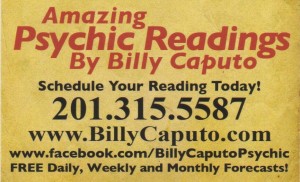 10 Things To Do If You Miss Your Ex-Boyfriend

If you’ve recently split with your ex-boyfriend and are finding it difficult to get over him, you probably feel like checking into Ex-boyfriend Recovery, a clinic for girls who just cannot get over him.

Unfortunately, such a clinic still doesn’t exist (I know, I know. Isn’t it about time a clever entrepreneur made one?!).

As we all know, getting over an ex is not at all easy. When you leave a relationship, it can feel as though you’ve had the rug pulled from beneath your feet. The ground is suddenly unstable and you can’t find orientation points. Nothing feels right. You feel lost – abandoned. Nothing anyone says to you makes you feel better, and time is taking an eternity to heal those wounds.

It’s a really upsetting time in anyone’s life, and sometimes it’s even hard to breathe. If you’re unsure of what to do right now, here are 10 things to do if you miss your ex-boyfriend.

What do people hate most in a relationship? There are lots of things, but the one thing that really gets on someone’s nerves is a partner who is overly clingy.

Texting night and day is okay if the other person is responding. But once you start firing off several texts without response, you’re quickly going to get annoying.

And not remain needy and clingy.

It sounds hard, but letting go is super crucial. Yes, it isn’t easy, but once you’ve let go, you will feel so much freer.

You could delete your social media accounts, but this is a bit extreme. Instead, it’s better to disable them temporarily until all feelings for him have gone.

When you miss your ex-boyfriend, it’s really tempting to pop onto Facebook and see how he’s doing. But this just makes everything so much worse. You see that he’s doing just fine without you, and it makes you feel bad.

It’s a much better idea to spend some time away from social media for a while. Give yourself some breathing space.

Staying in touch on social media will only stir up old feelings and memories and make you miss him even more.

When you’ve come out of a relationship, you might just want to gorge on comfort food, watch rubbish television and binge on cat videos. But it’s much more productive and positive to use this time to improve yourself.

Read a few books. Watch inspiring videos. Get a new haircut. Hit the gym. All of these things take only a modicum of effort but they will improve your wellbeing immensely.

Staying in bed all day waiting for him to reply to your “I miss you” text might sound like a great idea right now. After all, you can’t even summon the motivation needed to get out of bed, let alone leave your house.

But this is unhealthy and will only make you feel a lot worse.

And while I understand that you want to be left alone right now, you’re reading this article for a reason. And I think it’s a fab idea that you head outdoors.

Getting out and about among people will help you to forget about him for a while. Your mind will be excited by new experiences, sensations, smells, sights and so on. You could take a walk, travel to a new city or just hang out with friends in a coffee shop.

Soaking up fresh air and exposing yourself to the sunshine will remind you that there is life beyond the boy. He was good, but he wasn’t everything.

You miss your ex and you probably want to see him again soon. It’s understandable. But seeing him won’t magically make you feel better. It will only make you long for him even more and will extend your recovery period.

It’s much better to avoid him altogether. If you know which bars he goes to, stay away from them. Stay away from his favourite coffee shops too and so on.

We’ve all been there. We’ve all dwelt on ‘what if’s …’ and imagined what life would be like if only we’d have done this or that differently. But the ‘what if …’ game is the cruelest game of all, and we always lose.

We like to create these stories and imagine false illusions and fantasies of a better life. We like to roll the dice for a second time in our heads and smile at better results.

But reality is not like that and never will be. Had you the chance to go back in time and do everything again, you would make the same decisions. Nothing would change.

Everything happens for a reason, and the reason you did the things you did is because it felt right at the time.

Don’t be so hard on yourself. Forget about the past and live in the present. It is what it is.

I suggest writing a story because when we’re missing someone, we create all kind of stories in our heads. We look back on memories and think about what today would be like if he were still around. It makes us sad but we can’t stop doing it.

It helps, then, to write a story about something else entirely. Writing a story directs your mind, energy and imagination elsewhere and stops your thoughts about the boy from ruining your day.

See Who Else Is Out There

I’m not suggesting that you enter a rebound relationship (which is a very bad thing to do), but right now you might be feeling as though nobody can replace your ex because he was so amazing and showed you such love and warmth.

It’s a good idea to see who else is out there. You’re not buying just yet, you’re only looking. Pop onto a dating site and check out some profiles. Reassure yourself that there are LOTS of cute and interesting guys still ready to be snapped up.

The grass is sometimes greener.

If you really, REALLY miss him, it’s time to be hard on yourself by getting rid of everything that reminds you of him. This includes books, clothes, DVDs, letters, bedsheets, photo’s and so on.

Learn From Your Mistakes

You had a great time with your ex-boyfriend and you miss him. And maybe you’re thinking about what could have been had he not ended things.

But he ended things for a reason. So why not take some time to analyze what went wrong in your relationship? In this way, you can learn from your mistakes so that you don’t repeat them in your next relationship.