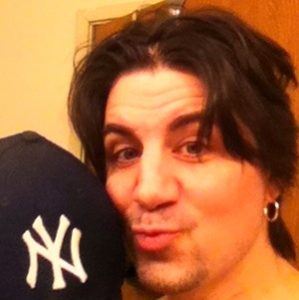 1. They Reel You In With Intense Flattery, Love-Bombing And Undivided Attention.

Things move way too fast with a psychopath. They are quick to tell you how close they feel to you or how much you were “meant to be”. They seem to be fascinated with you on every level. They invade your social media world and your physical world. They are obsessed with you.

2. They Play On Your Emotions With Sympathy Pleas And Pity Plays.

They may come off as highly innocent and they tell you that they hate drama. They’ll talk about their abusive ex who is still in love with them. And realistically they have more drama surrounding them than anyone you’ve ever known.

3. They Instigate And Draw You Into Love Triangles.

Former lovers, friends, people who they say they didn’t choose because they chose you: you’ll be made to feel competitive with all of these people for your psychopath’s time and attention. And by throwing in a good sprinkling of people they previously denounced like exes, they can keep you perpetually confused.

4. They Constantly Rewrite Reality And Exhibit Other Crazy-Making Behavior.

They’ll act in manipulative ways and then when confronted with their own actions, they’ll deny or just simply ignore the evidence of their behavior. Toxic people condition you to think your reaction to their treatment is the problem, instead of the treatment itself.

5. They Intentionally Provoke Emotions And Then Attack You For Doing So.

They use your manufactured reactions to gain sympathy from other targets, trying to use this information to prove how “hysterical” you’ve become. You probably once considered yourself to be a pretty easygoing person, but an encounter with a psychopath will (temporarily) turn that idea upside down.

Your psychopath makes up excuses for things that don’t need excusing, spins lies faster than you can ask questions, to the point where you have to wonder why on earth they do this. It is pathologically driven. They get a sense of satisfaction out of hoodwinking people, no matter what.

7. They Maintain Their Own “Innocence” While Provoking Rivalries And Jealousy.

Once they’ve smothered you with affection and attention, it feels strange when they begin to become distant from you. They do things all the time thta make you doubt your place in their world. They bait previously denounced exes and attend to others’ activities while ignoring yours.

8. They Destroy Your Self-Esteem By Withholding Attention.

They become really annoyed that you expect them to work to maintain the relationship that they initiated. You begin to feel like you’re a chore to them.

9. They Exhibit Selfishness And A Need For Attention That’s Impossible To State.

Their demand for adoration is impossible to fulfill. You thought you were the only one who could make them happy, but it now looks like anyone with a pulse will fit the role. They drain energy from you and consume your whole life.

10. You Don’t Recognize Your Own Feelings.

Overwhelmed by panic and anxiety, your natural love and compassion has been stifled. You feel anxious and unhinged every moment of every day. You have no idea what happened to your relaxed, fun-loving, carefree self. You can even tear apart your entire life looking for some reason for it all.

You won’t find one. These relationships leave nothing but damage. That being said, they are great teachers on what to never do again.

The First Step For Healing After A Relationship With A Psychopath Is “No Contact”.

It’s hard, but it must be done for the healing to begin.