10 Signs Spirit Is Trying To Talk To You ~ Billy Caputo 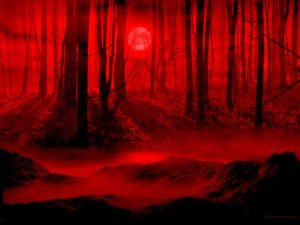 Many people have unexplained lights flickering in their homes, or bulbs that blow for no reason. They replace them and they go again. There could be an explanation for this but often an electrician is called out only to find no fault.

I remember a time not to long ago that a lady came to me for a reading. Her husband had passed a year ago and he came in and said to me, “You will know it’s me as I am going to prove that I am around you by blowing all the light bulbs when you get home.” We both had a good laugh. She had travelled 5 hours to see me and when she got home she turned the lights on and all the bulbs blew out! She could not believe it. She phoned me the next day to tell me what had happened and I said, “Well you kept saying to your husband, I can’t feel you around me – show me that you are here and he did, in a big way!”

When the lights flicker it’s often someone from the other side trying to contact you, so just ask in your mind, “Who is this please”? A face or a name will come to you. Don’t dismiss it and think oh it’s my imagination just trust your thoughts.

I ‘d say that this is the most common sign that spirit is close by. There may be a cold breeze or the room temperature might suddenly drop without a window or door being open. We are warm blooded and spirit is pure energy. Sometimes they will come very close to our energy field and this can be felt very strongly by some people.

As a child I remember the saying, ‘Someone just walked over my grave’ often used when a cold shiver was felt. In other words this is saying that someone is visiting you from the grave. You might notice it if you are talking about someone who has passed or thinking about them and you get the goosebumps – this is also their way of popping in to say Hi.

Sometimes people will look at the clock and keep seeing the same time over and over again – this can be at any time of the day. There is a number that’s being shown to a lot of people lately, it’s the number 11.11.

I myself kept seeing this and I asked spirit, “Ok why are so many people now seeing this number?” They told me that at this time of day or night there is a doorway opening from the other side and we have one minute to repeat over and over again our hopes and wishes, then the door closes. It’s a gateway of very high energy. The number 11 is a master number in numerology so putting it together with another 11 is very powerful. So, next time you see 11.11, you have one minute to think of all things positive.

Sometimes a clock stops, it may be at the certain time that someone passed over and they want you to remember them. 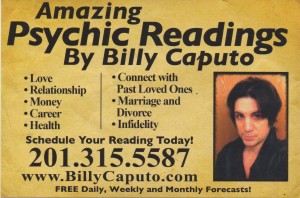 From time to time when we are driving and stop at traffic lights for example, we might notice that the car in front of has a number plate that reminds us of someone.

I remember a friend that I really tried to help, she wanted to commit suicide and in the end, sadly she took her own life. A few months later I was waiting at the traffic lights and I saw her face in my mind’s eye and could hear her voice. She said to look at the number plate of the car in front. Her name was BEV and there on the car in front was BEV, no other numbers or anything. I smiled to myself and said, “Yep you are there BEV.”

Butterflies are amazing creatures, their colours are just beautiful but they are not around for very long, like us we cannot live forever here on earth. When you see a butterfly, sometimes it means a transformation has taken place, a sign from a loved one that they have transformed over to the other side.

In Chinese legend seeing a butterfly can mean a soul has come to see you from the other side, so if a face or a voice comes into your mind it is the soul of that person acknowledging you and letting you know that they are around you.

Often we will find a feather that comes from nowhere. At one of my shows recently I was talking to a lady in the audience and her husband came through. I said to her that he keeps showing me a white feather that he will give to you which will be a sign from him. At that moment, out of the blue a feather floated down from the ceiling and fell just in front of her. Everyone could see it as the stage lights were very bright. We were all blown away! She has since been to another show and spoke to me afterwards to tell me that this sign had changed her life completely and she was able to move forward knowing that he was ok and was there around her.

8. Shadows out the corner of your eye

Often when spirit is around us we see a shadow very quickly. It’s as fast as the blink of an eye. Sometimes it’s like a mist as spirits are not solid. Also we may see the spirit of our animals as they go to the other side.

This is a very interesting one, I have had quite a few people say they still have their loved one’s mobile phone and that their own phones have rung with their loved one’s number coming up on the screen. Spirit still thinks of their phone as their connection to you and that’s what they would do if they wanted to speak to you, but of course if you were to pick up you would not hear them. Sound on the other side is a very different vibration to the sound on earth and you need to really tune in to what you are hearing from the spirit would, which takes practice!

I often call myself the switchboard operator for the other side or the translator. I have had the ability to do this right back from my childhood, so to me it’s very normal.

Last year, I was talking to around 300 people at a spiritual festival. I asked everyone to turn their phones off. During my speech I talked about Egypt, the pyramids and the ancient wisdom of the Egyptian’s, along with their belief in the afterlife. After my talk had ended and I was leaving the room, a man stopped me. He seemed shocked and wanted to show me something. He said that he had turned his phone off as asked and when he switched it on again his phone was full of hieroglyphics and sure enough, it was. I was astounded myself but I have come to witness amazing things through spirit.

A lot of people are capturing orbs in their phones and cameras, orbs have always been there but due to the fast speed of iPhone’s and cameras we can see them more easily and mush more quickly as we no longer need to get films processed and developed anymore.

So what are these balls of light? They are spirit and they are just letting us know that they are around us. They can often be seen in family photos taken at birthdays, Christmas, weddings and christenings. They want to say that they are still part of the family but just in another world and that they have never really left you.

At my sister’s wedding in England many people had taken photos. At this point both my mother and my brother-in-laws mother had passed away. During the reception people were viewing the photos that they had taken and someone asked my sister what the two light orbs around both of out heads were. My sister asked me and I told her that it was mum and her mother in law and that they just wanted to be part of the wedding group.