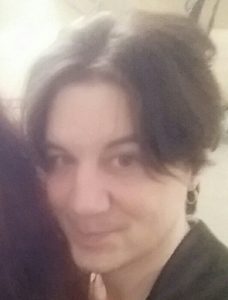 In light of recent suicides by Chris Cornell (Soundgarden, Audio Slave) and Chester Bennington (Linkin’ Park, Stone Temple Pilots), Many have asked me about Suicide.  Human life is a blessing. It is said to be the most beautiful gift of Almighty to us. We all must hence, live our life with full enthusiasm and joy. Though amidst living, obstacles come in our way in many forms and hinder our happy living, we must not forget that all these are a part of life as well. The actual worth of lovely feelings like love, care ,happiness, etc would not have been realized until we would not ,at times, been deprived of them. So, I would say the Heroism of us, human beings, lies in living the life in the best way possible without giving up, however miserable we may feel.
From the long past, it has been seen that individuals give up their lives due to various reasons. This act of giving up one’s life with one’s own will is called as Suicide. It is quite difficult to mark out a particular reason for the attempt. An individual decides to perform this dangerous task when he’s unable to cope up with the challenges that he’s put into and the situation becomes completely unbearable to him/her. Such situations might occur because of various reasons like mental illness, physical pain, emotional breakdown, etc. Let us investigate the important causes that lead people to take such a disastrous step.

The foremost cause of suicide is the mental illness in its various forms, most important being, depression. Depression that is caused because of innumerous reasons and almost the ultimate form of all the above mentioned points. When the depression is not treated properly, or not treated at all, it often leads to suicide. There are also cases where depression is seen as been transferred through genes and when these people do not understand their continuous depressed self, they give up on living such a life.
Other mental illness like bipolar disorder, anxiety disorder, schizophrenia, etc. often make people to die by choosing suicide.
Hence, we see that there are innumerous people who are forced to give away their life because of various reasons, life that is so precious, that is loved by all beings .All of us must try to keep an optimistic approach towards life. However cruel the situations may be one must not give up instead accept the challenge and try to communicate with their mates and like a hero courageously fight the battle of life? And if one discovers anybody talking about suicide must try to assist him/her, instead of simply neglecting. I would like to conclude with the amazing and certainly true line, „Life is miraculous, even if it’s disastrous”.

Love and its institutionalized form, Marriage, are bound by very fragile bonds and when they are broken, they seem to be the greatest of all losses. Divorce, in many cases , is too hard to be accepted and has been found as an important cause of suicide amongst married people. Breakup of a love relation especially at a young or teen age inflicts too much of anguish almost to a level where the adolescent completely acquires blindness and feels that love is everything and there is no one  on the earth to live for. Failure in love for them means loser in life and they feel breakdown to a level that they slay themselves.

Many people who find themselves stuck in situations where there is no hope left, feel themselves all alone, no one around who could apprehend and aid them, start feeling that life is a burden with no ray of hope left, are the ones most prone to suicidal attempts. They feel helpless and self-slaughter.

Peer pressure is the social influence that youngsters get from their companions. Peer pressure has been a major cause of students’ suicide. First of all they are asked to perform a task that he/she isn’t really ready to do, then he/she is embarrassed in front of everybody for what he/she has done, the student feels himself/herself morally corrupted, is unable to imagine what if parents get to know, unable to communicate with them, and at last finding nobody who cares for him/her finds suicide as the easiest way out.

Prolonged illness, pain lead to loss of will to live. It is mostly seen among elderly people who feel that along with them their family members are tholing too. Being a paltry thing, completely dependent on others for living with no nearby hope and sick of the elongated illness choose to get eternal relief by dying and hence, commit suicide.

The social issues like domestic violence, rape, assaults etc are one of the leading causes of suicide. Home, which is the coziest place on earth for all of us, is for some people, especially females the most dangerous place. Domestic violence as is well known is the violence in which an inferior especially a woman or children are brutally treated by the patriarch of the household. A drunkard physically mistreating his wife and children is a common scene that is known to almost all of us. These victims often try to get rid of of this daily abuse by simply killing themselves. Rape, the worst form of criminal act, is rampant nowadays. Though there have been taken numerable steps to safeguard women but they are hardly able to change the people and their mindsets. It is rare when the woman is not blamed for the sole mistake of the rapist. She is called names; she’s asked very embarrassing questions, she’s seen with ill-eyes along with her own mental, physical pang. It becomes so dreadful that the woman has no option to come out of such a situation and made to escape this situation only and only through departure from this world that is through suicide. Discrimination like on the basis of race is also seen as leading people to kill themselves.

This modern world, where everybody is money-minded and running just for the sake of accumulating wealth, if one is unemployed one feels alienated, anxious. The person feels himself/herself moneyless with no way of earning and hence unable to lead and give his/her family a comfortable, super deluxe life with no future. Even people with appreciated degrees are unable to find jobs and when the person feels complete failure and no way out after the long struggle, is forced to commit suicide.

8. Death of loved one

All of us have family and friends, and we all love these near and dear ones. Sometimes the connection is beyond explanation. As Death is inevitable, there comes time in everybody’s life when one has to lose a person very close to him /her. The attachment is such that one is unable to imagine his/her life without the other person’s presence. These people are unable to cope up and lose their interest in life and hence, opt to end up their life as well.

9. Grief due to some serious loss

An individual at many points suffers from loss (loss, here, in terms of materialistic things like money, job, property). But sometimes, these situations become extraordinarily miserable where a person is unable to comprehend his/her situation and thinks these trivial losses (in philosophical terms) as the loss of everything and hence decides to give up their ‘precious’ life.

Bullying that literally means, trying to overpower others in order to show their dominance. Being bullied lead to serious psychological disturbance due to which a person is continuously made to suffer mentally and in many cases, physically as well. These people who try to bully others just for the sake of imposing supremacy are actually cowards. Young as well as old are the victims of these bullies. Ragging by seniors in schools and colleges is an important example of bulling. Myriad of cases worldwide have been seen where school/college students who severely on regular basis are made to suffer by their seniors or even by their classmates and are forced to take away their lives because of loss of self-respect and repo amongst their friends and the mental tension they are put to due to this.

If you know of someone who is at the point of suicide, please give them your ear. Their cry is serious and for real. Give them support. Help shop with them, make calls for them….let them know they really have someone to lean on for help. Try not to let them isolate themselves too much. Get them moving.. Walking is a perfect way and it helps release natural endorphins. Many times people who commit suicide just want to know someone Cares.

Health and Happiness to You!