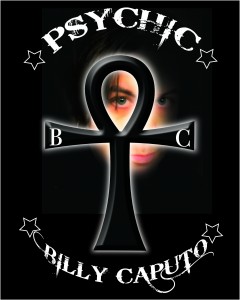 Everyone must know that Marylyn Monroe’s real name was Norma Jeane Mortenson, but the celebrity name change game is more popular than you might have thought. Many of the big name stars of today didn’t start out in life with the name they have today. Some of them changed their name to avoid confusion with other stars, some changed their names because their real names were unpronounceable, and some were simply told to change their names by their film studio, or their producers. Here are ten celebrities who, for whatever reason, aren’t living with the name that they were born with.

Oprah Winfrey’s name change wasn’t an act of vanity; it was basically just an accident. She was named Orprah, after a character in the Bible, and that is what is shown on her birth certificate. People were never quite sure how to pronounce that name though, so they called her Oprah instead. After years of hearing her name mispronounced, or misspelt, the talk show host just gave in, and she started to call herself Oprah.

Another one of celebrities who changed their names is Natalie Portman, star of “Leon the Professional” and “Star Wars”, she was originally named Natali Hershlag. When she landed the role in “Leon the Professional” she wanted to keep her private life private and protect her family, so she changed her name to Portman, which is her paternal grandmother’s maiden name.

As soon as you see what Nicholas Cage’s real surname is, you can work out why he changed it. Nick Cage was originally Nicolas Kim Coppola; his uncle is the famous movie screenwriter and director Francis Ford Coppola. Cage changed his name so that there would be no accusations that he got roles simply because of the family connection to Coppola. He took his name from the Marvel superhero character Luke Cage.

When Michael Caine first began to make his name in movies, he was called Maurice Micklewhite. He changed his name, because people laughed when they saw his real name on the credits of films. Originally he wanted to call himself Michael Scott, but there already as an actor named Michael Scott. Eventually Cain named himself after seeing that Humphrey Bogart, his long-time movie hero, was starring in the movie “The Caine Mutiny”.

Elton John is also in the list of celebrities who changed their names. His real name is Reginald Kenneth Dwight, not exactly a name that sounds like a world famous singer, so he changed it to Elton John straight after he had recorded his first song. Now, you probably knew that, but did you know that Elton John’s chosen middle name is Hercules?

Actor and musician Joaquin Phoenix, brother of Summer, Liberty, and River Phoenix, changed his name along with his siblings from their given name of Bottom. No prizes for guessing why they changed their names!

Carrie Grant was given no choice about having to change his name. At the beginning of his career, he used his real name of Archie Leech, but it was Paramount Studios that decided that the name was not fitting for a rising Hollywood megastar. He didn’t get a lot of say in who he was to be called either; he chose the name of Grant from a list of possibilities that the studio had given him.

The reason that Katy Perry changed her name was a very simple one. Katy Perry was born Katheryn Elizabeth Hudson and she didn’t want to be confused with the actress Kate Hudson. There is no doubt that there isn’t room for two world famous Kate Hudsons, so the singer took on her mother’s maiden name to avoid any confusion.

There are so many celebrities who changed their names and Whoopi Goldberg is another one of them. She was born Caryn Johnson and she got her stage name after a nickname she was given while appearing on stage. Apparently she was rather prone to breaking wind, so colleagues started to call her a Whoopi cushion. The Goldberg was added because someone told her that she would do better in showbiz if she had a Jewish sounding name.

Bruno Mars changed his name from Peter Gene Hernandez, because he thought his Hispanic name would mean that people would pigeonhole him as a Latin singer and expect him to sing in Spanish. Bruno was the nickname that his father called him by and Mars was just chosen because anything that didn’t sound Hispanic was better than Hernandez!

Demi Moore was born Demetria Guynes, but she decided that something a bit more catchy was needed for a stage name. Demi is just a shortened version of her real name and she replaced the rather awkward sounding Guynes with the surname of the guy she was dating and later went on to marry, Freddy Moore.

Do you know other celebrities who changed their names? Feel free to add to the post….